The August 23 meeting was busy, busy, busy!  We had three visitors and two new members.  Announcements included the bus trip to the Madison quilt show on September 8, sponsored by the Gems in Peoria. Fabric websites discussed at the July meeting have been sent by email to members.

This month’s Block Lotto uses some beautiful Kaffe Fasserr fabric for inspiration. Get the directions here.

Volunteers were sought -and found!- to cut fabric for the Heartbeat service project.  Also, BNMQG asked for Bazaar donations for Christ Lutheran Church, as they let us meet there at no charge.  So fire up those sewing machines and your creativity! Try to bring items in at the next meeting. Small items seem to sell best. Many members brought in adorable items already.  Another sewing day will be scheduled to work on our service project, so watch for a notice on that.  What a great group of giving quilters we have!!

Seventeen people have signed up for the Make It Modern! retreat at the end of September so far. It will be held at Threads of Time, Danville, IL, from September 30- October 3. Call Threads of Time to make your reservation.

And, last but not least, Frank Quistgard of Peace N Applique Too gave a program on basic sewing machine maintenance.  Sewing machines need to be oiled, the bobbin case cleaned and yearly service is recommended. He also urged us all to change our needles more often (every 3-4 bobbin’s worth of sewing) and to use good quality thread.

Finally, all members were given a ballot to vote for next year’s Board.  Elected were Kathy Cook – President, Donna Lee-Vice President, Ann Groonwald – Treasurer, and Ann Unes, Secretary. Betty Woodruff will serve as social media coordinator.

Looking forward to seeing you all at the next meeting on Tuesday, September 27th. 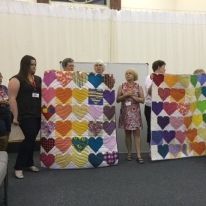 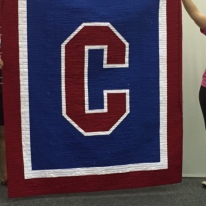 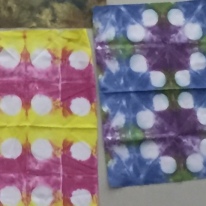 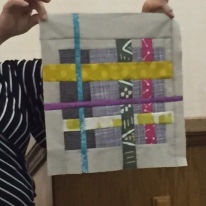 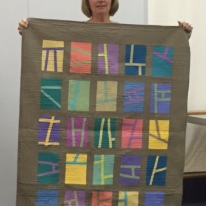 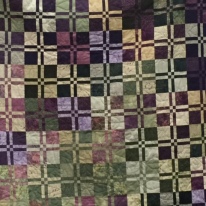 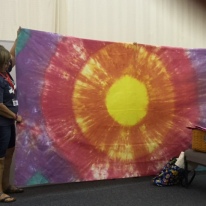 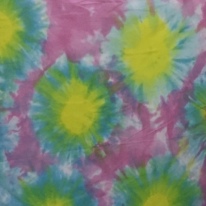 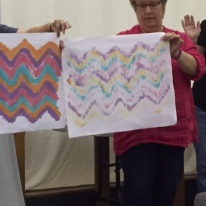 Membership from April through August